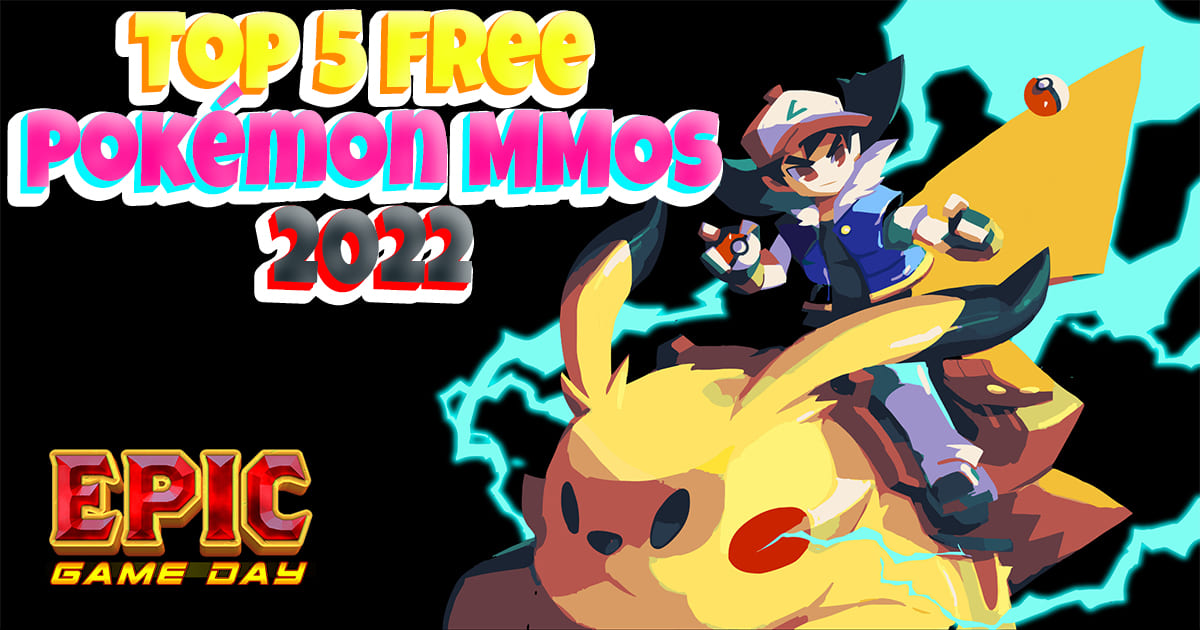 Want to play Pokémon with many pokémon lovers like you? Here are the best Free Pokémon MMOs 2022. Check it to see which one is suitable for you.

Pokémon Revolution Online is the best free Pokémon MMO game out there. It was developed by the same team that created PokéOne. Everything about this game seems like an authentic Pokémon game, from the degree of pixel quality to the soundtrack. The game also features outstanding ambient images that change depending on the time and weather.

Every month, new features are added for free. While exploring the Kanto, Johto, Hoenn, Sinnoh, and Astrella regions, as well as other custom locations, you may participate in Pokémon multiplayer or form your own guild.

Pokemon Revolution Online’s aesthetics have an art style similar to Pokemon games from the Game Boy Advance period, so if you’ve played games like Pokemon Ruby and Sapphire, you’ll recognize the images almost immediately. The graphic style may be a little out of date now, but the aesthetics remain quite appealing because of the high-quality special effects, animations, and, of course, the brilliant colors.

Pokemon Revolution Online is a free-to-play game, so you may enjoy it without limitation after you‘ve downloaded it. You can download this game here.

PPokéMMO includes everything a Pokémon enthusiast could desire, including a wide Pokémon library, a massive map, dynamic visuals, and amazing sprite animations. You may also construct bases similar to the hidden base functionality found in Pokémon Ruby, Sapphire, and Emerald.

However, numerous new elements have been added to make the game entertaining. For one thing, you will frequently encounter a large number of other gamers strolling about in the same regions as you. These players can be challenged to a fight or requested to exchange Pokemon at any moment, with no need for connection cables!

There are also a lot of in-game events that are added on a regular basis. There is often fresh and fascinating stuff published to relieve the monotony, from holiday special events to limited-time higher spawns of specific species!

Pokémon MMO 3D is a fantastic Pokémon MMO. Real-time battles with other online players offer a better sensation of being in the Pokémon World than turn-based fighting with static pictures from the old games. It even includes music and allusions from the anime series.

In Pokémon MMO 3D, you begin at Pallet Town by selecting your first pokémon in the Oak Lab. Following that, you are free to capture all of the possible Pokémons in the game. You might meet and fight other trainers on your journey. Create fights with two, three, or no more than ten teams of players; the PVP system has no bounds!

New elements have been added to make the game entertaining. For one thing, you will frequently encounter a large number of other Iling about in the same regions as you. These players can be challenged to a fight or requested to exchange Pokemon at any o need for connection cables!

There are also a lot of in-game events that are added on a regular basis. There is often fresh and fascinating stuff published to relieve the monotony, from holiday special events to limited-time higher spawns of specific species!

Pokémon Planet is a fun and spectacular free Pokémon game. The play space and Pokémon collection are enormous, and the game is faithful to the Pokémon franchise.

Because Pokémon Planet is a browser-based game, you do not need to download anything to play it. The game is simple to play, and even gamers with low-budget machines may play it. The fundamental visuals, on the other hand, are poor so don’t anticipate much from the battles.

You may play with buddies or by yourself. While there isn’t much in the way of a single-player story option in this free online Pokémon game, it’s a terrific browser-based multiplayer experience with plenty of stuff and Pokémon to keep even the most die-hard Pokémon fan entertained.

Poké0ne is a free-to-play MMORPG created by a group of independent developers that were inspired by the Pokémon franchise. It is the most recent addition to this list of Pokémon multiplayer games. There are 3 regions in this game: Kanto, Johto, and Unova.

In Poké0ne, you begin by naming your character and selecting your starting area (Kanto or Johto). The plot is nearly identical to that of Pokémon Red and Blue (as the Kanto Region) and Gold and Silver (As the Johto region).

You select your starter Pokémon, and your adventure starts. A thrilling adventure that includes capturing and training Pokémon, fighting trainers, collecting gym badges, and conquering the Elite 4!

You must be at least level 80 in Kanto or Johto to gain entry to Unova, or you can gain access by donating at least once (buying one of the loot box packages.) If you satisfy one of these prerequisites, you can take a boat to Unova from the Vermillion City Docks or the Olivine City Docks (assuming you have defeated the Elite Four in that region.) However, while in Unova, you will not be able to return to Kanto or Johto until you unlock Fly by conquering the Sth gym in Unova.

The best part is that this game is entirely online, with many other players that share their enthusiasm for Pokémon. You may always ask others to trade, combat, or converse with you. The community is incredibly kind and helpful to other gamers. So, if you ever get stuck, you can always ask others in the Pokémon Forum or Discord for assistance.